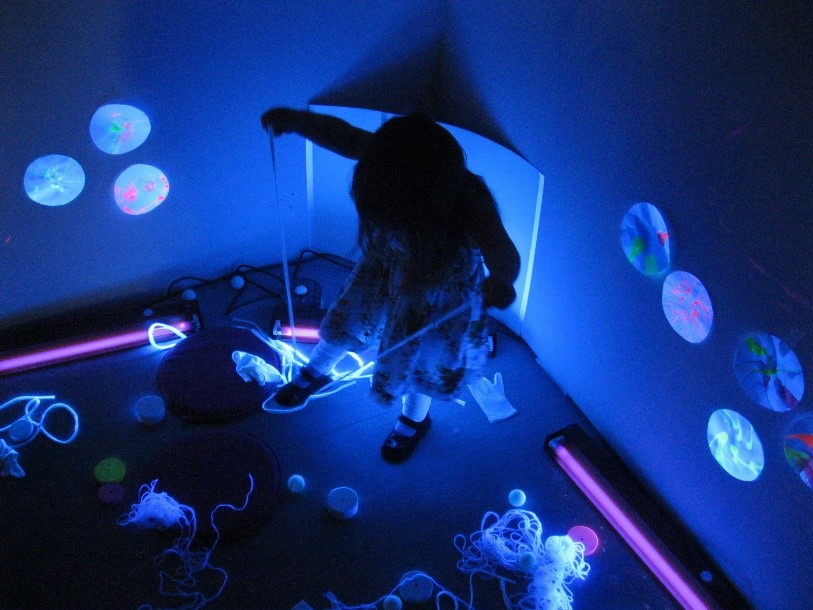 The Arts and Heritage Alliance Milton Keynes (AHA-MK), with its 39 member organisations, has formed a Cultural Education Partnership (MKCEP) for Milton Keynes. MK Council departments, cultural organisations, artists, schools and MK College are working together to enrich the lives of our children and young people in Milton Keynes, with increased opportunities for innovative, high quality creative learning.

We are delighted to launch a new exciting programme for MK primary schools exploring Place-making – what does this mean for children?  This is funded by Artswork, the South East Bridge, a regional charity who believe in empowering young people through arts and culture, and by Milton Keynes Community Foundation, who support transformational projects.

We are delighted that our funders Artswork and MK Community Foundation are investing in the future of our Milton Keynes children and that schools have embraced this opportunity to work with arts organisations to build the children’s understanding of their home town in such a creative way as they gain important skills.

Three hundred Key Stage 1 & 2 pupils from across the ten chosen schools will take part in inspiring creative sessions, developing creative and social skills, increased confidence, wellbeing and motivation.  Sessions will explore a range of art forms, from contemporary dance to visual art. All participating children have the chance to achieve their Arts Award Discover or Explore, a scheme accredited by Trinity College London.  An embedded teacher development programme, facilitated by action research organisation 5x5x5=creativity, will inspire and support schools to develop cross curricular links and nurture children’s creativity throughout the project and beyond.

Each school’s participation in the project will support their achievement of Artsmark, Arts Council England’s creative quality standard for schools, ensuring that hundreds more pupils continue to benefit from access to high quality creative learning in school.

Access to the arts can support learning in all subject areas; pave the way for exciting and worthwhile career paths; and engage and bring joy to the most vulnerable of learners. MK Gallery is thrilled to support the development of partnerships between schools and arts organisations in Milton Keynes. During times of increasing adversity, it becomes more and more important to utilise the power of partnership working to ensure sustainable access to high quality creative learning for children and young people.

MÓTUS Dance Festival is back again for 2015 on Sunday 31st May.

Performances will kick off in and around MK Gallery before moving on to new pastures in Campbell Park. The festival will feature professional and community dancers alikeanimating the sites in central Milton Keynes.

The event is free to attend and there are two opportunities to catch the action. Audiences are invited to meet at MK Gallery at either 3pm or 5.30pm from where they will process to Campbell Park with the performance culminating at the MK Rose.

Helen Parlor, artistic director for MÓTUS, commented: “The premise of this year’s festival is to support and commission dance artists/ companies to come and make work here in Milton Keynes. Instead of presenting pre-existing work, companies have selected sites around Campbell Park and MK Gallery to interact with, in order to create original and vibrant performances.”

The line-up of professional companies visiting Milton Keynes as part of MÓTUS includes ZoieLogic Dance Theatre, Ceyda Tanc Dance and Inverted Company (Tamzen Moulding). With influences ranging from contemporary dance to Turkish folk dance to acrobatics, the performances are set to be a visual feast.

Local schools are jumping on board with students from Denbigh School and The Grove Independent School working with professional choreographers on commissions. Young people from Milton Keynes based Initiate Youth Dance Company will also perform as part of the unfolding promenade.

Also getting involved is Mark Niel, Poet Laureate for Milton Keynes and Development Officer for the MK Rose. Mark will be presenting a newly commissioned poem and might even don his dancing shoes for the occasion.

An event which all the family can enjoy, MÓTUS 2015 will be a fun and cultural afternoon out to wrap up the half term holiday.

As a prelude to the main event, the MÓTUS team will present a work in progress platform on Friday 29th May at Centric MK in Linford Wood. Here, audience members will be able to give direct responses to the work on show – feeding into the creative process and development of new work.

Tickets for Work in Progress Event:

This May experience an evening of new compositions, music and film inspired by WW1. Living Archive has been working with Steven McDaniel, young talented songwriters, musicians and film makers to commission new works inspired by the WW1 stories held by Living Archive. This six month project builds on the previous work of the Living Archive Band, and new music, songs and films will be screened and performed live on Friday 29 May, 7pm at MK Gallery’s Event Space by this talented ensemble of performers.

Inspired by the diaries, letters and images of people in Milton Keynes during WW1, this one-off performance will provide a space for people to celebrate and reflect on the people, the lives and the poignant and powerful stories that are still relevant today.

Steven McDaniel says: ‘It is wonderful to work with such a passionate group of young people and great that Living Archive has given them this opportunity to work together and perform live…’ This project is just one of a series of projects funded through Great War MK by the Heritage Lottery Fund.

The Great War Remembered – an evening of film and music is free but pre-booking is required from MK Gallery website (http://www.mkgallery.org/events/2015_05_29/friday_night_film/).

Sixteen more visual arts organisations across the UK, from Derry to Milton Keynes to Southampton, join Plus Tate

Tate is pleased to announce that Plus Tate, the contemporary visual arts network, is to expand by sixteen institutions. They join the original cohort of eighteen partners, plus the four Tate galleries, to virtually double the size of the group. In 2010, Plus Tate was launched to share collections and expertise and build a network which would use Tate’s resources to strengthen the contemporary visual arts ecology in the UK. The expansion comes in the wake of the Warwick Commission Report which highlighted the importance of building strong arts organisations outside London.

The decision to extend the Plus Tate network was announced in September 2014 and applications were received through an open process in which premium was placed on a strong artistic vision, a focus on contemporary art, outstanding public programming and a commitment to local community engagement through art.

The network will now have greater geographic spread across the UK with three new venues being added in Northern Ireland, The Fruitmarket Gallery joining in Scotland and Artes Mundi in Wales. Three London venues have also been added.

Nicholas Serota said: ‘Expanding the network will significantly change Plus Tate’s texture. These are all organisations that contribute to their local community but which have a national profile. The larger network will bring different kinds of experience into the pool and facilitate greater cooperation between partners.’

Alex Farquharson, Director of Nottingham Contemporary said: ‘The Plus Tate network has made for closer relationships between a large number of leading visual arts institutions across Britain. Many of us are unique in our local environments; it is therefore invaluable to be able to share strategy, knowledge and experience with peers across the country, particularly at a time of considerable economic and political challenge. Instead of isolation and competition, Plus Tate has given rise to a collegial, mutually supportive network, committed to success in our sector, for our publics.’

Hugh Mulholland, Curator MAC in Belfast said: ‘Being included in Plus Tate …affords us the opportunity to become an active contributor to the well-established network of other galleries who already make up Plus Tate and who share our desire to be part of the national and international discourse around contemporary visual art practice.’

The new partners are:

They join the original eighteen partners which are:

The original cohort of eighteen Plus Tate partners is visited by over 3.5 million people every year, employs over 500 full time staff and has an annual turnover of £34 million. Research published in January, Plus Tate: Connecting Art to People and Places, revealed the significant regenerative and economic benefits of these organisations. Plus Tate has attracted collaborative funding in recent years such as that from JP Morgan for a national Plus Tate Learning Programme and £5 million from the Paul Hamlyn Foundation to create Circuit, a peer-led programme for young people.

The enlarged Plus Tate group will meet together for the first time in July 2015 to set the agenda for the next phase of development to 2020.

This Heritage Lottery funded project enables partners from the AHA-MK membership collectively to commemorate not only the stories from 100 years ago but also their legacy for modern Milton Keynes. Our aim is to inspire active participation amongst both native and new communities in Milton Keynes – in interviews, workshops and creative activities to produce informative and engaging new works. Great War MK will generate film screenings, music, dance, performances, archive material, exhibitions and installations, all of which will give fresh insights into the turmoil – and creativity – of those times.

If you want to get involved with Great War MK you can attend a workshop or come along to an event, all listed here or get in touch here.

Festive Road – Milton Keynes-based carnival company Festive Road are building full
size WW1 tank that will form the backdrop to their new performance informed by the tensions and challenges of frontline fighting. This outdoor artwork will be presented at night in various locations around Milton Keynes.

The Banner Project – Working with a talented textiles artist, Vinny Stapley, Westbury Arts Centre aims to create over 500 banners informed by the stories and memories of WW1. These beautiful commemorative banners will then be used to create a large-scale dance performance. Working with renowned choreographers Helen Parlor, Effie McGuire-Ward and Chris Bradley, a team of over 100 dancers will take part in this act of remembrance.

Cowper & Newton Museum – Working with Olney RFC the Cowper & Newton Museum will stage a commemorative Rugby match in January 2015 – in memory of local hero Edgar Mobbs. The Museum is also developing a Songs and Poetry Evening and an energetic Old Time Music Hall, breathing life into 100 year old music and verse, as well as presenting a new animation inspired by life in the trenches.

Frontline – MK Gallery is working with four local schools to explore the concept of conflict and how artists have represented war and wartime in their work. Groups of students will be visiting the Imperial War Museum and working with artists to develop their own artworks – culminating in an exhibition at MK Gallery project space in June 2015.

Living Archive – Working with a group of talented young people, professional musician Steven McDaniels will be supporting the development of new songs and music inspired by the WW1 stories held by Living Archive. These new songs will be performed at an event in May 2015. In addition, Living Archive will be developing digital stories bringing new life to re-mastered Living Archive Band recordings.

Independent Cinema MK – Local independent cinema company ICMK is exploring the ideas of propaganda and truth in their work creating stop-time animations with school children. These animations will form part of several ‘WW1 style’ screening events to take place around Milton Keynes, alongside other WW1 relevant film and footage.

Serving King and Country – Deanshanger Village Heritage Society have undertaken a research project to uncover information about the village in the WW1 period. Research will uncover life on the home front, those that served, those in reserved occupations – working on the land and at the famous E & H Roberts Iron Foundry. This project will result in exhibitions, creative workshops with school children, walks and archive material.

MK Heritage Association – Through support from MKHA, these local history projects also form part of Great War MK. These include: